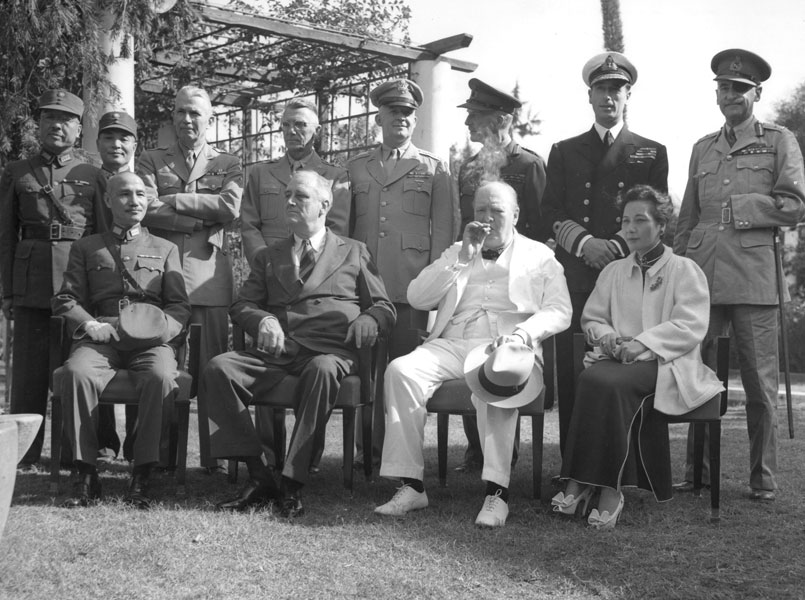 1943 Cairo Conference was the only meeting between Chiang, President Roosevelt and Britain’s Winston Churchill, Mme, Chiang served as interpreter. General Stilwell stands behind FDR with Gen. Eisenhower to his left. Decisions made at this summit were quickly abandoned after meeting with Stalin in Teheran a few days later.